Candy Heart Productions is dedicated to one thing: quality. Just check out some of our latest works...

Georgie (Lady Victoria Georgiana Charlotte Eugenie) becomes entagled in a world of international espionage whist trying to survive in the big city as an ordinary person.

Documenting the Rise and Fall (and Rise again) of the Slasher film.

Someone has gone medieval in New York.

One man wakes up to find that the world is not as he left it.

A timely biopic about a woman who races against all odds. 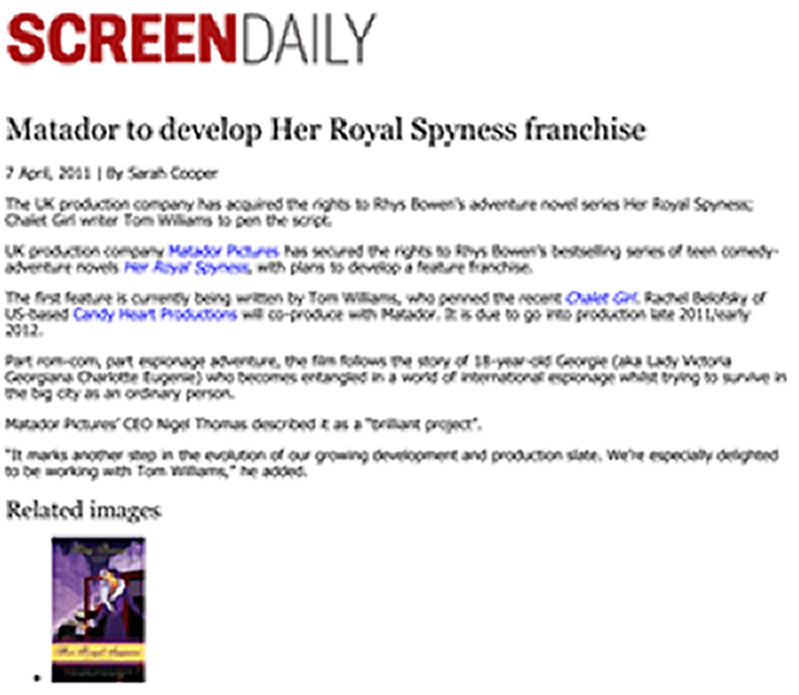 'Going to Pieces' in Entertainment Weekly! 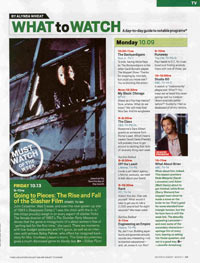 'Going to Pieces' in TV Guide!

"Going to Pieces in TV GUIDE!" Click on Image Below for the article 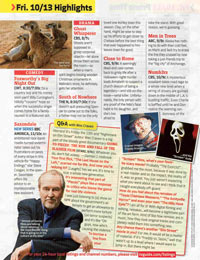 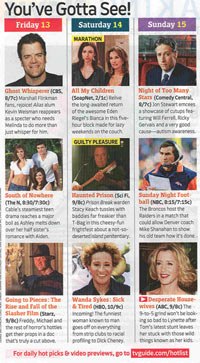 ENGLEWOOD, Colo., Nov. 9 /PRNewswire/ -- Starz Entertainment Group (SEG) and Independent film distributor THINKFilm announce the start of principal photography on a new film entitled "GOING TO PIECES: THE RISE AND FALL OF THE SLASHER FILM." The film provides a comprehensive and original look at the importance, prominence, and newfound legitimacy of the horror film genre and, more specifically, the sub-genre of the "slasher film." The feature-length documentary will contain an abundance of clips from classic films of the genre, as well as many current hits, and interviews with pre-eminent actors, directors, and producers, many of whom are themselves founders and masters of the genre. The film will be produced by Candy Heart Productions's Rachel Belofsky and Rudy Scalese. The film is directed by Emmy®-nominee Jeff McQueen and based on the book of the same title by Adam Rockoff....

Desolate is announced in the Hollywood Reporter 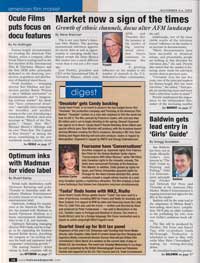 Click on Image at Left for the HR article

Tapped to direct is Stewart Hopewell, a winning filmmaker emerging out of the 2003 Screamfest Horror Film Festival. Hopewell 's film, 3AM, to home "best Studant Short" at Screamfest. 3AM also earned a “Student Emmy” at the 2004 Academy of Television Arts and Sciences' College Television Awards and seized the prestigious ASC Heritage Award for its Cinematography (among many other awards).

DESOLATE is a psychological journey into one man's hell as his inner demons come alive to haunt him for past sins.

Castro is repped by Jen Good at Metropolitan. Hopewell is repped by Emile Gladstone and Harley Copen at the Broder Webb Chervin Silbermann Agency & Brooklyn Weaver at Energy Entertainment.